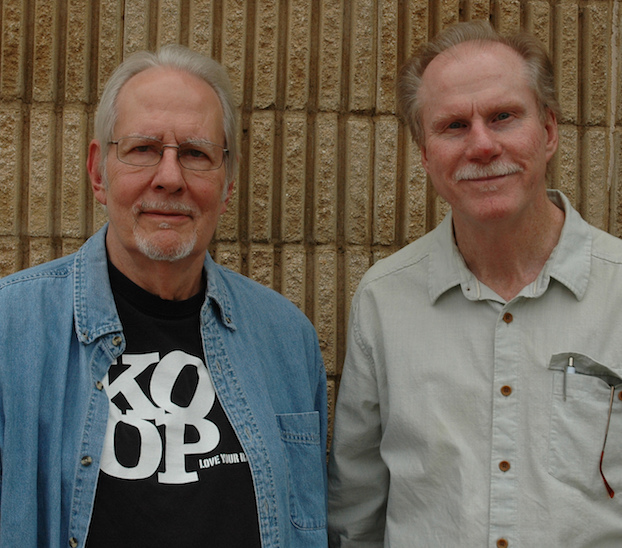 Novelist Thomas Zigal is Thorne Dreyer's guest on Rag Radio. Tom's dramatic new book, Outcry Witness, is about sexual abuse and cover-up in the Catholic Church. It is the third novel in his New Orleans trilogy. First was The White League,  then Many Rivers to Cross, set in post-Katrina New Orleans, which won the Jesse H. Jones Award for fiction from the Texas Institute of Letters. Tom Zigal lives in Austin, Texas.

Anthony Giardina writes: "As much as we think we all know about the clergy abuse scandal in the Catholic Church, Thomas Zigal gives us something new -- an insider's perspective, combined with psychological depth, that provides an eye opening view into the true horror of how it all happened."

Tom Zigal was born in Galveston and grew up in Texas City where his father worked in an oil refinery. He graduated from the University of Texas -- where he was “an anti-war hippie and an avid reader of The Rag.” He got his masters in creative writing at Stanford and “hung out with writers like Raymond Carver, James Crumley, and Scott Turow.” This is his sixth novel.

Photo above: Thorne Dreyer, left, and Thomas Zigal at the KOOP studios in Austin. Photo by Carlos Lowry / Rag Radio. Rag Radio is produced in the studios of KOOP 91.7-FM, an all-volunteer, cooperatively-run, solar powered community radio station in Austin, Texas, in association with The Rag Blog and the New Journalism Project, a Texas 501(c)(3) nonprofit. It is streamed live on the Internet at KOOP.org and Radio Free America. The host and producer of Rag Radio, Thorne Dreyer, is a prominent Austin-based activist and writer who was a pioneer of the ’60s underground press movement. The show’s engineer and co-producer is Tracey Schulz and the staff photographer is Roger Baker; Suzy Shelor is Rag Radio associate; Alice Embree is guest host; Glenn Smith and Roy Casagranda are our political analysts, and Evan Hearn is the Rag Radio apprentice. The syndicated show is broadcast (and streamed) live Fridays, 2-3 p.m. Central) on KOOP, and is later rebroadcast and streamed on WFTE-FM in Mt. Cobb and Scranton, PA., on Houston Pacifica's KPFT HD-3 90.1, by KKRN, 88.5-FM in Round Mountain, CA, and at WALHRadio.com in Wilmington, OH -- and as a featured podcast at Veterans Today. Learn more about Rag Radio here.